On June 15, 2020, the U.S. Supreme Court ruled that an employer who fires an individual merely for being gay or transgender violates Title VII of the Civil Rights Act of 1964. In 1992, P&G become one of the first Fortune 500 companies to include workplace protections for sexual orientation in our diversity policies.

Below are the statements from Shelly McNamara, Chief Diversity & Inclusion Officer and Senior VP of HR at P&G, and from Michael Chanak, a former P&G employee who led the effort to inspire our company to add a clause to the equal employment opportunity policy that protected the rights of gay people against discrimination at the workplace.

Perspective from Shelly McNamara:
“The Supreme Court of the United States issued a landmark ruling affirming that the protections afforded to American workers under the Civil Rights Act prohibit discrimination based on gender identity or sexual orientation. This decision has the power to change lives, as it sets an important legal precedent for the United States. Specifically, this decision ensures that LGBTQ+ people cannot be denied employment or fired from their jobs because of who they are. This decision enables human beings to more easily focus on their lives, their work, and the contributions they can make to the communities of which they are a part. This is a major step, and yet much work remains in the U.S. and around the world.”

“In fact, it remains true that many in the global LGBTQ+ community continue to fear retribution simply for being their true, authentic selves due to laws, legislation, and bias. The threat of losing or being denied housing, access to healthcare and other essential services still looms large for LGBTQ+ people in many places, including the United States. The “many” that I reference includes P&G employees and family members. So, as we celebrate Pride Month and this historic court decision, we must remain committed to stepping up in support of equity, equality and justice. Much work remains.”

Perspective from Michael Chanak, Former P&G Employee and Activist:
What with the coronavirus, Pride cancellations, virtual meetings, it has been an easy period to be distracted. Yet, when I got an alert on the SCOTUS decision, I stopped and read it again. This was the week SCOTUS would rule on cases of tremendous issue of import to the LGBTQ+ communities. Then, I found myself tearing up. Why? 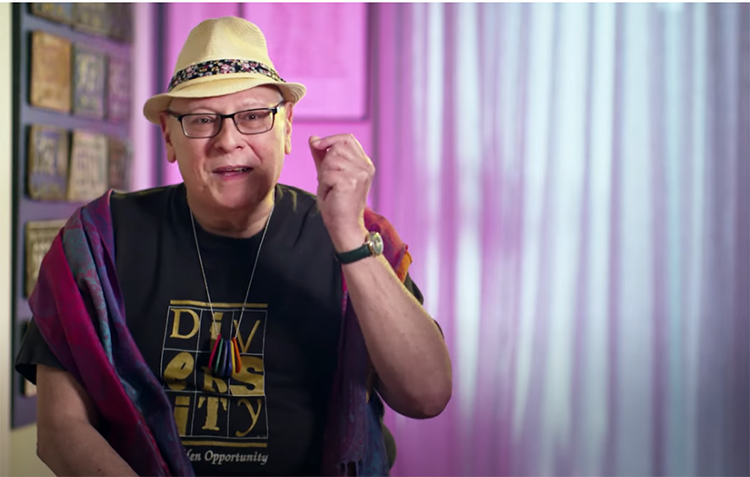 For a small town kid, now 70, to see such change in the span of my life time is overwhelming. I thought of all of those who didn’t live to see this day. I knew some of these people; I was friends with some of those people. I’m from the generation of folks who saw the HIV/AIDS pandemic end their lives before modern effective remedies. You can’t grasp this type of news without thinking of all of those struggles without feeling something very powerful just happened. In a brief decision, less than 30 pages, the SCOTUS had acknowledged our right to be able to fully contribute as LGBTQ+ folks in the work place without fear of termination.

This event fell also on an emotionally charged day for me, as it corresponds to my Mother’s death to the day, a year ago. She had not lived long enough to see that her son have the same right to contribute as she did in her 93 years. I always told her we never asked for “special rights’ but simply the right to contribute as our full selves in the workplace. P&G, thanks to our efforts nearly 28 years ago, got it right and modified its EEO policy to include these protections before they were “legally required to do so.” P&G by making such a decision has shown itself to be “on the right side of history.”

In my life, I’ve had friends bullied, brutalized and murdered because they choose to reveal their true selves in their personal and professional lives. Lives were ruined, folks thrown out of families, unable to serve their county in the military, unable to marry their love.

Those who fought before need to be acknowledged. I was lucky enough in my life to meet Harry Hay, the founder of the Mattachine Society and Del Martin (one of the founders) of the Daughters of Bilitis both groups forming around the late 1940s and early 1950s to advance the cause of Equality. Rev Troy Perry is another person who fought for religious inclusion of LGBTQ+ folks. Rev. Troy is still with us. Then, of course, the late Frank Kameny, who I never met, who played a historic role in this struggle.

I’ve thought of all those who went before, their struggles, because they believed in a radical notion called “Equality.” We truly do stand on the shoulders of others. Soon there will be a generation of kids who will never have to worry about bringing their whole selves to work at P&G or anywhere. I’m proud to have been part of this history and to have seen P&G be the Company that is a “force for good.”