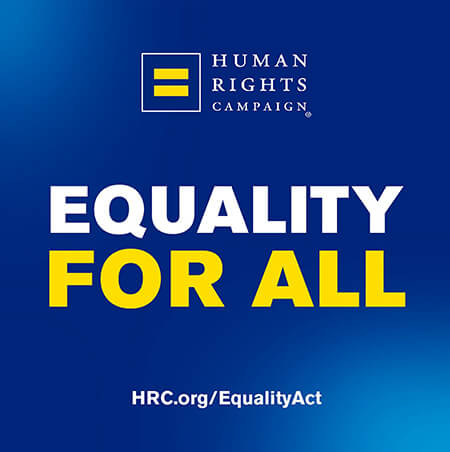 Congress has reintroduced the Equality Act; a bill that passed the House last Congress with bipartisan support. This legislation updates federal civil rights laws to ensure explicit and comprehensive protections for LGBTQ+ people from discrimination, including in housing, employment, federally funded programs and services, and public places such as restaurants, stores, hospitals and more.

P&G has publicly supported The Equality Act since 2016, after the Company joined the Business Coalition for Equality housed under the Human Rights Campaign; we also recently joined the America Competes Coalition in support of comprehensive nondiscrimination protections for LGBTQ+ Americans. We believe that extending protections to individuals historically at-risk for discrimination is an important step in a fully inclusive culture and continues our aspiration of creating a company and a world where equality and inclusion is achievable for all.

With a passage in the House, we would be one step closer to guarantee non-discrimination protections for LGBTQ+ people and to strengthen our civil rights laws for all Americans. We stand with the Human Rights Campaign in calling for the passage of The Equality Act.