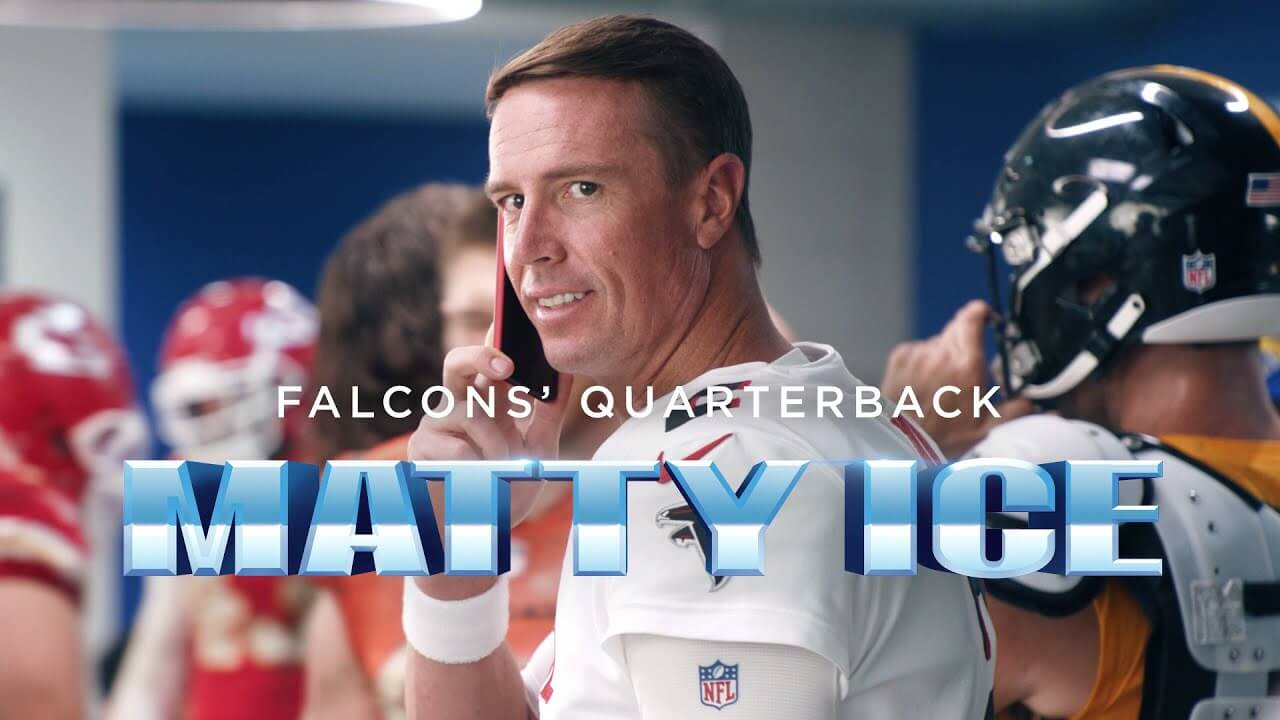 When two big brands come together to be a force for good, the potential positive impact is huge. That’s why Tide has teamed up with longtime partner, the NFL, to launch an unexpected campaign aimed at moving 80 million NFL fan households to energy-saving cold water, beginning with 15 NFL teams committing to turning to cold with Tide.

With the NFL gridiron providing the perfect backdrop for a cold-water stress test, Tide’s superior chemistry will shine through as the ultimate way to get some of the continent’s dirtiest laundry clean every week of the NFL season (in cold water).

From here, the NFL and Tide are asking fans to join in and take the #TurnToCold challenge. If the 80 million households of NFL fans turn to cold, that will convert 16 billion loads of laundry washed on cold per year. This means a reduction of 5.6 million metric tons (MT) of GHG emissions— equal to removing more than a million cars from the road for a year. 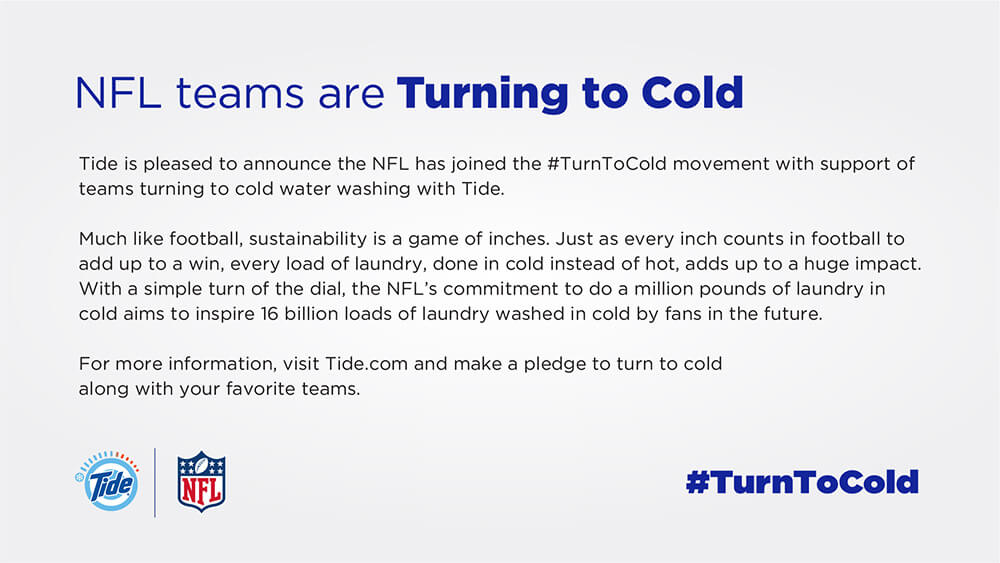 It’s simple, turning the dial is small act that makes a big difference, saving up to 90% energy in the wash cycle. With the advanced cleaning power of Tide in cold, consumers can benefit from a superior clean that also helps extend life of clothes, saves up to $150 on energy bills, and adds the assurance of making an environmentally friendly choice.

Learn how doing your laundry on cold can do a world of good.

To launch this ambitious program, Tide is going big with the NFL.

First, Tide has brought back the coldest names in entertainment, Ice T and Stone Cold Steve Austin, to team up with the NFL’s own coldest icon, Falcons quarterback Matt Ryan, a.k.a “Matty Ice” – calling on North America to wash in cold. The cold calling trio appears in the latest Tide ad promoting the partnership.

The partnership of the NFL does not end here ¬– with NFL teams turning their logos icy Tide blue, creating some of their own “ice cold” content and taking part in Tide’s latest sweepstakes. For fans that visit Tide.com and commit to cold water washing, they will have a chance to win one of 10 limited-edition Tide Cold Washers.

Tide Cold Washers are exactly like they sound – a washing machine built specifically to remind you to wash on cold. But it doesn’t stop there, each team will be branded with one of 10 NFL teams featuring voices of some of the coldest icons from each team. Check out Tide.com to see machines featuring players like Atlanta Falcons’ Matt Ryan, Los Angeles Rams’ Aaron Donald, Kansas City Chiefs’ Travis Kelce and many more. 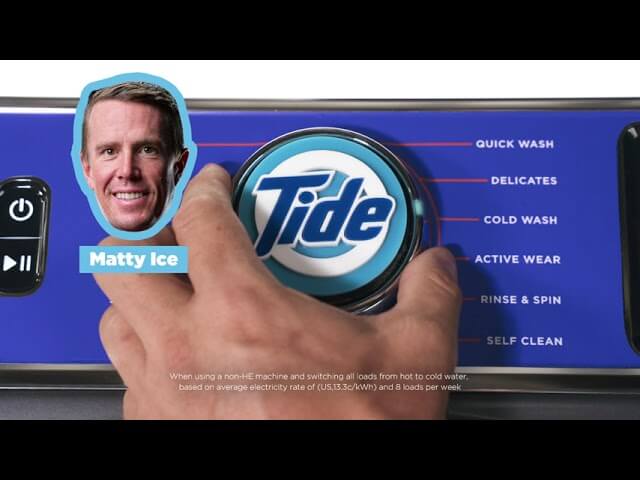 Stay tuned into Tide and the NFL throughout the season as the Brand continues to turn cold water skeptics into believers. Not convinced? Listen to Malcolm Gladwell explain how Tide gets laundry done right.