When a Community Gives Back

It’s no surprise that P&Gers have been very invested in the proxy contest. We have lived and breathed it, discussed it with one another, and received a steady stream of communications about it. What DID come as a surprise, however, is how invested the city of Cincinnati—home to our global headquarters—was in the proxy contest.

Yes, almost anything P&G does tends to appear in the local news.

And, yes, local campaigns supporting those less-privileged, and the growth of our community and local culture, have counted on P&G to be a major donor.

What we didn’t realize was the depth of support we would receive from our hometown. 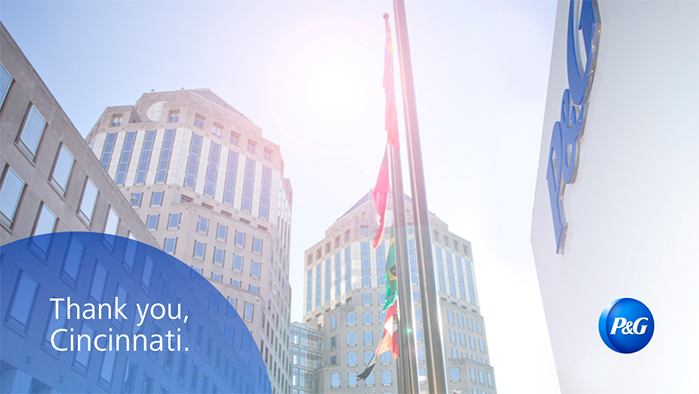 Family, friends, and neighbors—many P&G shareholders themselves—followed the contest on the news, read materials from both sides, and asked the 10,000 employees who make the greater Cincinnati area home, what we thought.

Leaders in our local community did the same thing. Then they did more.

The Mayor, the Chamber of Commerce, local business partners, start-ups and media, and CEOs from local hospitals, sports franchises, and corporations wrote about the proxy contest publicly—making counter-arguments to proposals outlined in Trian whitepapers and lauding P&G’s impact on the area.

“P&G is a critical part of Cincinnati’s DNA… In my role as Mayor, I’ve worked with P&G leaders to reduce poverty, improve minority inclusion, fund our startup culture, redevelop neighborhoods, and attract new businesses. P&G’s associates are deeply engaged in the community: as volunteers, board leaders, funders, creators, and mentors. They are generous, dedicated, and they are invested in the future of this community.”

“Greater Cincinnati is recognized as the No. 1 startup region in Ohio (number five in the Midwest)… None of this success would be possible without the commitment of P&G.”

“I found recent comments attributed to Nelson Peltz… more than a little concerning. His proposal to move large parts of Procter & Gamble out of our region and transform what is left into a holding company will have lasting consequences on... our economy and our ability to compete on a global scale. P&G is one of the companies that drive necessary innovation in our business community, which – in turn – attracts new companies. When we talk to fast-growing businesses around the world, their founders want to tap into and partner with the talent and brain power cultivated at P&G.”

“P&G is steeped in its commitment to keeping Cincinnati one of the nation’s most culturally vibrant, transformative, world-class corporate headquarter regions. Chances are, if there’s a school or a community group that you care about, a P&G employee is playing a key role.”

“We have watched as P&G used surgical precision to find efficiencies and streamline costs during the last five years. Being prudent is a smart business practice, but dismantling an industry giant is unnecessary and will be felt throughout our community and around the world. We’ve looked at the numbers, and for every P&G job lost in Greater Cincinnati, three more jobs will disappear from our economy. And two of those jobs will be taken away from workers not directly tied to P&G or its suppliers.”

No one could have asked for a stronger show of support for P&G’s strategy, its people and its commitment to the city of Cincinnati.

What this really brings home is the importance of community—not just here in Cincinnati, but in every city around the world where P&Gers work and live.

Community is not just about the jobs we provide, or the joint efforts we embark on to improve the overall well-being of our neighbors and neighborhoods. It’s also about the relationships we build day by day, resulting in bonds that feel more like family than friends, and which stand the test of time from one generation to the next.

We humbly thank our community for its trust and support. Now, more than ever, we’re grateful to call Cincinnati home.