In Case You Missed It: Highlights from P&G at Global Citizen Week

Last week, trailblazers from around the world came together in New York City for Global Citizen Week, an annual event that coincides with the 73rd Session of the UN General Assembly, created to provide a platform for thousands of people to use their own voice to create change alongside fellow Global Citizens and world leaders.

At P&G, we believe we have an obligation to use our voice to drive change and address issues that impact all of us. We proudly hosted and participated in seven high profile events across the industry to drive awareness around the trending topics and issues that impact equality for girls and women, as well as environmental sustainability.

P&G kicked off Global Citizen Week at Women Deliver’s Women Leading the Way – UNGA Event on Tuesday, September 25, where Deanna Bass, Global Director of Diversity and Inclusion at P&G, joined a panel to highlight Seneca Women and P&G’s “Women at Work: Myth vs. Reality,” which seeks to expose the myths holding women back and change the reality for women in the workplace. 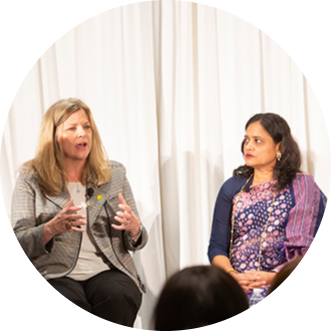 During The New York Times New Rules Summit: Women, Leadership and a Playbook for Change on September 26-27, P&G had a prominent presence with the our Women at Work: Myth vs. Reality interactive exhibit where we engaged journalists and business leaders in a thoughtful dialogue to dispel myths that are holding women back, and provide insights and solutions that company leaders can use to create a gender-equal workplace. Visitors called the exhibit “striking” and unlike anything else they’ve seen, with some acknowledging that there are insights they want to apply in their own workplace. (Photo credit: Mike Cohen for The New York Times) 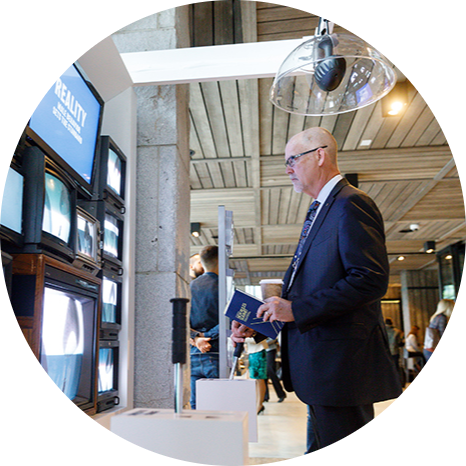 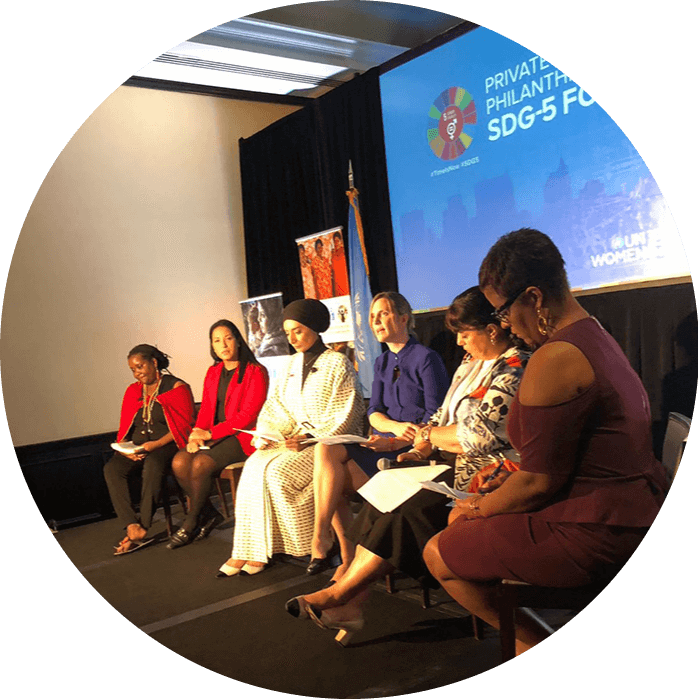 On Friday, September 28, P&G celebrated its sponsorship of the Hello Sunshine x Together Live Tour – an all-female storytelling experience that features authentic conversations for and by intersectional, intergenerational women; the tour will visit 10 cities across the United States and Canada starting in November.

At the kickoff, Marc Pritchard, Chief Brand Officer of P&G, praised the incredible women of the tour, like American soccer star Abby Wambach, singer/songwriter MILCK, and comedian Maysoon Zayid, who are elevating their voices and encouraging other women to do the same. P&G brands Olay, Always and Secret are also proud sponsors of the tour. 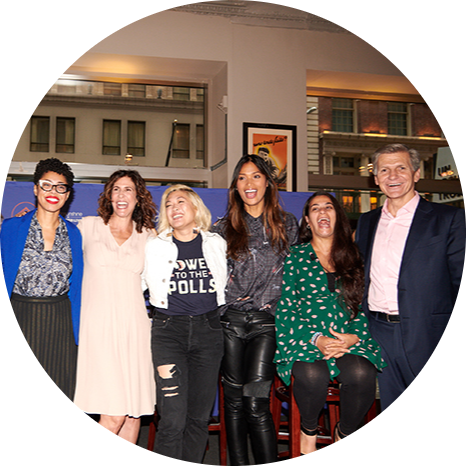 Echoing P&G’s goal to build a world where everyone sees equal, the half day event brought together the brightest minds in policy, the private sector and entertainment to share perspectives on creating more equal opportunities for girls and women. We heard speakers – both men and women – calling for change, advocating for women and girls, and encouraging us all to use our voices. 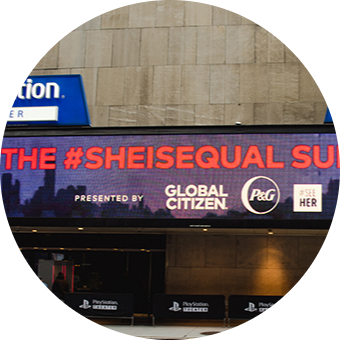 Carolyn Tastad, P&G Group President of North America, kicked off the #SheIsEqual Summit with Global Citizen Co-Founder and CEO Hugh Evans. Tastad emphasized P&G’s goal to be a force for good around the world and how working together, we can achieve even great impact: “Throughout the day, we’re hoping to challenge you – not only to see HER, but also to see HOW you can make a difference.” 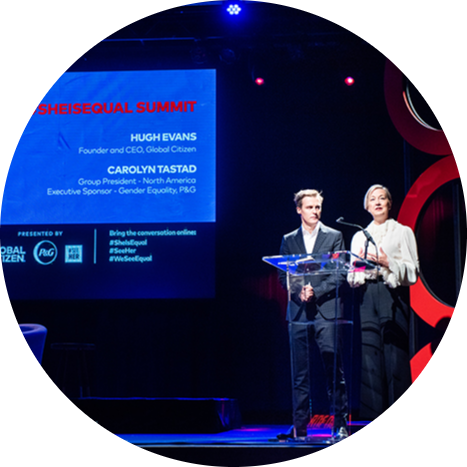 Marc Pritchard joined Katie Couric, awarding-winning journalist and #SeeHer advisory board member, to assess the current state of women’s representation in advertising and media, and to discuss what the future holds for women in media at the #SheIsEqual Summit.

Pritchard highlighted SeeHER’s recent study which found that 29% of the ads in media inaccurately or negatively portray women and girls through objectification, stereotyping or diminished character. “The images in advertising, media, and entertainment shape perceptions; they shape bias,” said Pritchard. “And what more and more people want are positive images of women and girls in media and entertainment.” 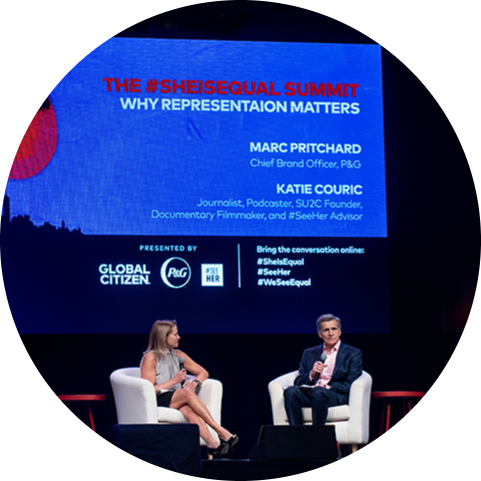 Anitra Marsh, Global Associate Director of Brand Communications and Sustainability at P&G joined a panel with Reese Witherspoon, award-winning actress, producer and co-founder of Hello Sunshine, and Jennifer Rudolph Walsh, Board Member of WME and founder of Hello Sunshine x Together Live, to discuss the power of content for women, by women.

“We tell girls all the time they can be anything they want to be,” said Reese. “But is that true? Do we really believe it? As I got older and started building a career, I thought, I can get frustrated by the ceilings that I hit or I can be completely aggravated by the political barriers that we face every day – or I can do something about it. So instead of complaining, I started a company.” That company is one of the forces behind the Hello Sunshine x Together Live tour which will feature diverse female-led stories and conversations. 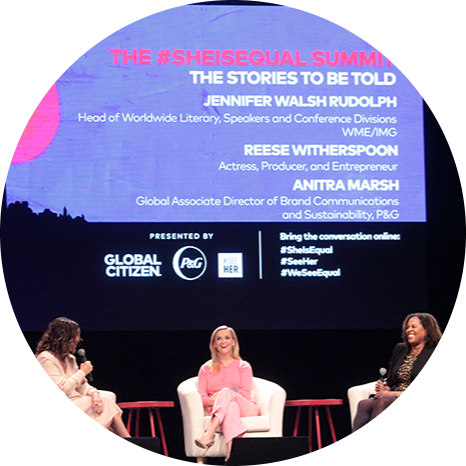 The winners of the Queen Collective, Brittany Fennell and Haley Anderson, were announced at the #SheIsEqual Summit by Jane Rosenthal, Co-Founder and CEO of Tribeca Enterprises.

The Queen Collective was developed in partnership with Queen Latifah, Tribeca Studios, and P&G in order to accelerate gender and racial equality behind the camera by opening doors through mentoring, production support, and creating distribution opportunities for films by multicultural female directors. Brittany’s short film follows the journey of one survivor of abuse who is reclaiming her body, space, and identity through dance; Haley’s film follows three young teenage girls grappling with different stages of homelessness. 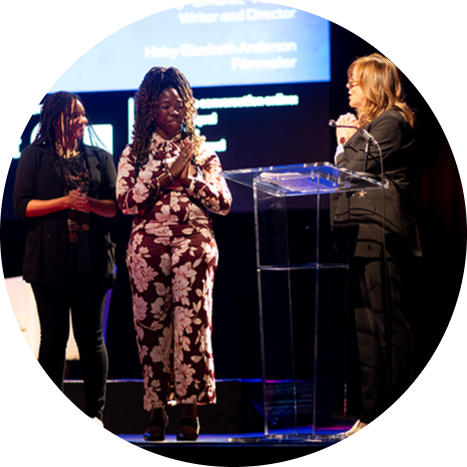 “Nearly 1 in 5 girls in the U.S. have missed school due to lack of period protection.” Jennifer Davis, President of Global Feminine Care, opened up the Breaking the Menstrual Taboo panel at the #SheIsEqual Summit by emphasizing the importance of removing period stigma and helping girls overcome any limitations they face so they can become confident women. 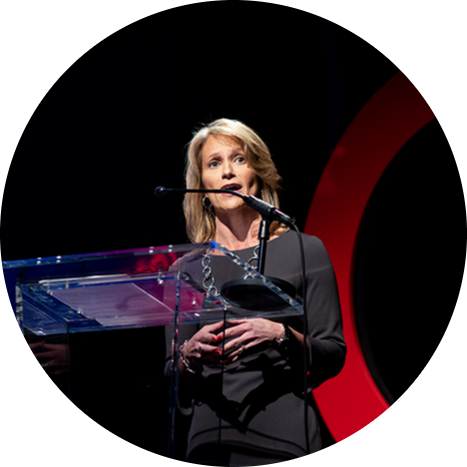 At the Seneca Women Fast Forward Women’s Innovation Forum on September 29, Deanna Bass joined Seneca Women’s Kim Azzarelli to dispel the myths that are holding women back from achieving 50/50 representation in all levels of management. 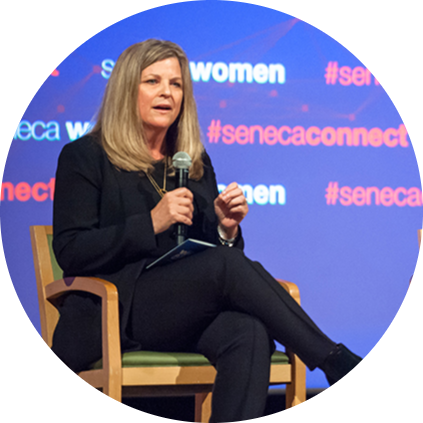 Megan Timberlake, Walmart Stores Team Leader and Beauty Health and Grooming at P&G, was also on hand at the Fast Forward Women’s Innovation Forum with Kim Azzarelli, Meridith Maskara, CEO of Girl Scouts of Greater New York and Sumaiya Balbale, Vice President of E-Commerce, Mobile and Digital Marketing at Walmart, to highlight Always and Walmart’s partnership with the Girl Scouts, which aims to help girls overcome their fear of failure so they can stay confident studying STEM. 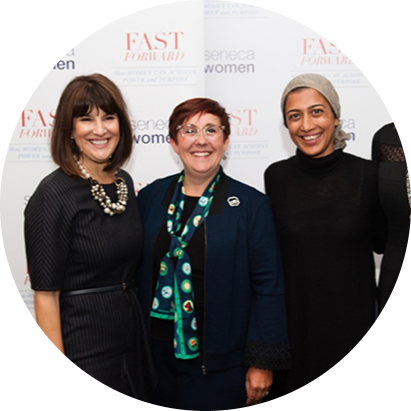 The eventful week concluded with the Global Citizen Festival where Lisa Jennings, Vice President of Global Hair and Sustainability at P&G, joined Olympian Gus Kenworthy on stage to share Head & Shoulders’ goal to use nearly 4,000 tons of recycled plastic to make their bottles by the end of 2019, and to make all their packaging 100% recyclable or reusable by 2030 or sooner. 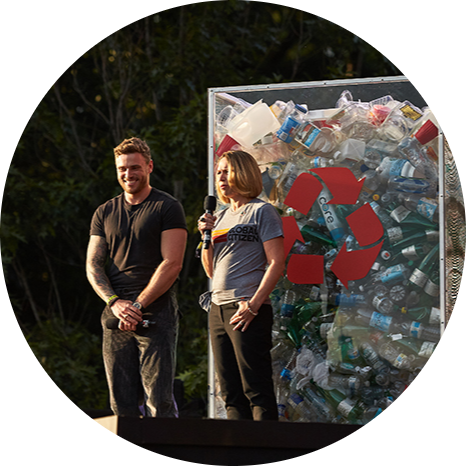