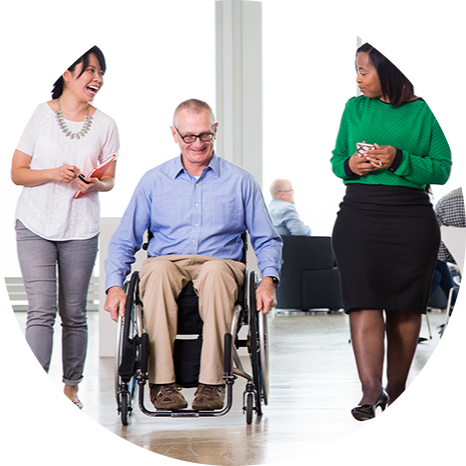 As an accomplished Ph.D. scientist who’s had a rewarding 30-year P&G career, Marc Van Rafelghem is no stranger to rejection, hardship, and life-altering twists and turns. His story will inspire you.

“The professors here don’t think you can become a dentist because of your disability.”

That’s what a college Dean told 19-year-old Marc Van Rafelghem in 1975, early in his first year at a dentistry school in his home country of Belgium.

Marc was born with hereditary spastic paraplegia, a neuromuscular disorder that gradually and progressively robbed him of his ability to walk. Eventually, those who suffer from the disease reach a point—typically in early adulthood—where they can no longer get around without assistance. 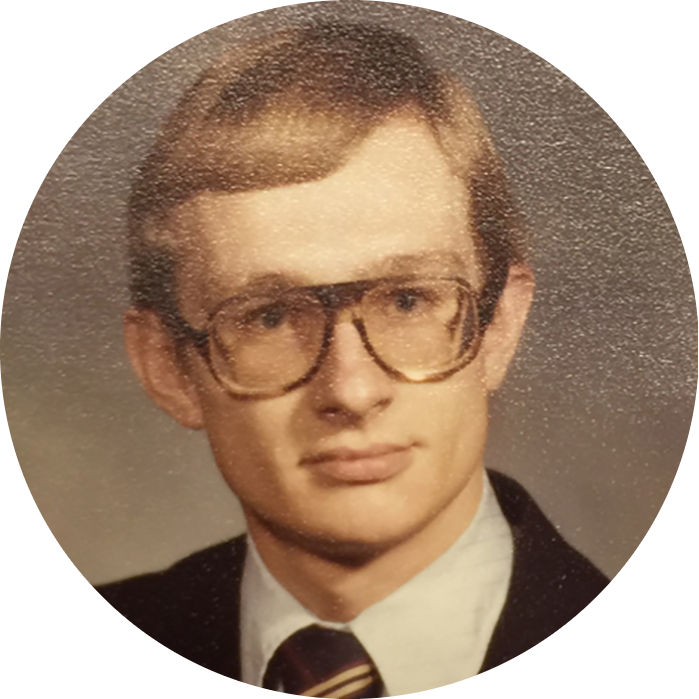 Marc had entered college without yet needing a wheelchair. Despite the advancement of his disability, he continued to pursue his dream of becoming a dentist. It was early in his time at the Catholic University of Leuven’s School of Dentistry when Marc heard his Dean say those devastating—and life altering—words.

Two days later, Marc’s family picked up and moved from Belgium to Dayton, Ohio, due to his father’s transfer to a job at Wright-Patterson Air Force Base. Marc would attend college in the United States. As for why he decided to go with them, “I decided I had nothing to gain by staying in Belgium, and I would not let this defeat me.”

On the heels of completing his undergraduate degree, however, he came to another bend in the road: a car accident that landed him in the hospital with a broken jaw.

But it was during that hospital stay that he received a call from the Dean of the School of Pharmacy at Wright State, who offered him a charter member position in the Biomedical Sciences doctoral program.

During a regional wheelchair athletic meet at Wright State in the spring of 1983, Marc tried his hand at a track race using a primitive racing wheelchair built by the school’s machine shop. He was hooked. By the end of the Fall of 1983, he had switched to wheelchair racing, and had completed his first marathon in Detroit. 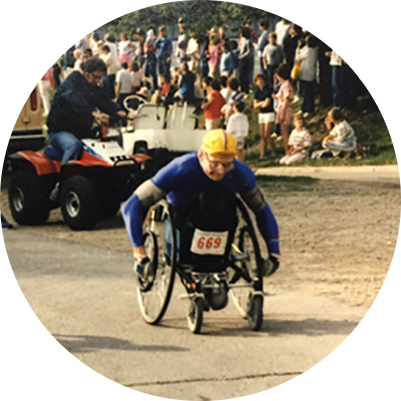 Marc has lived through the evolution of racing wheelchairs—from the modified 40-pound steel hospital wheelchairs, to today’s sophisticated 3-wheeled lightweight (15–20-pound) aluminum alloy racing wheelchairs. To date, he has completed 20 full marathons and more than 40 half-marathons. 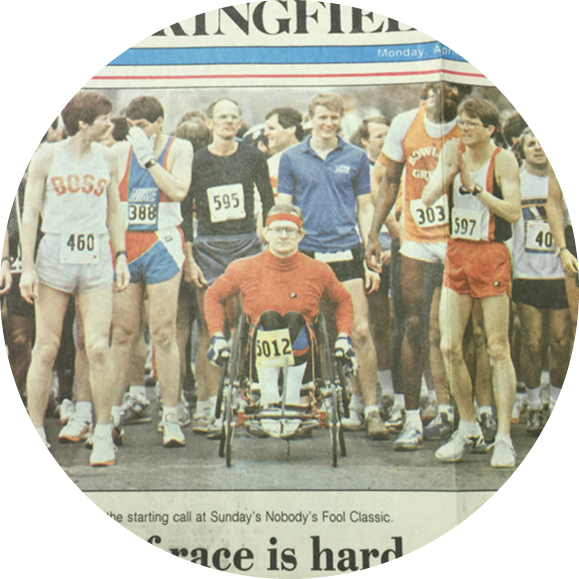 Marc’s P&G career began after he completed his Ph.D. in Biomedical Sciences at Wright State, and his Post-Doctoral Research Fellowship at the University of Wisconsin-Madison. Since then, he has served in many P&G roles ranging from Product Safety to Corporate New Ventures. 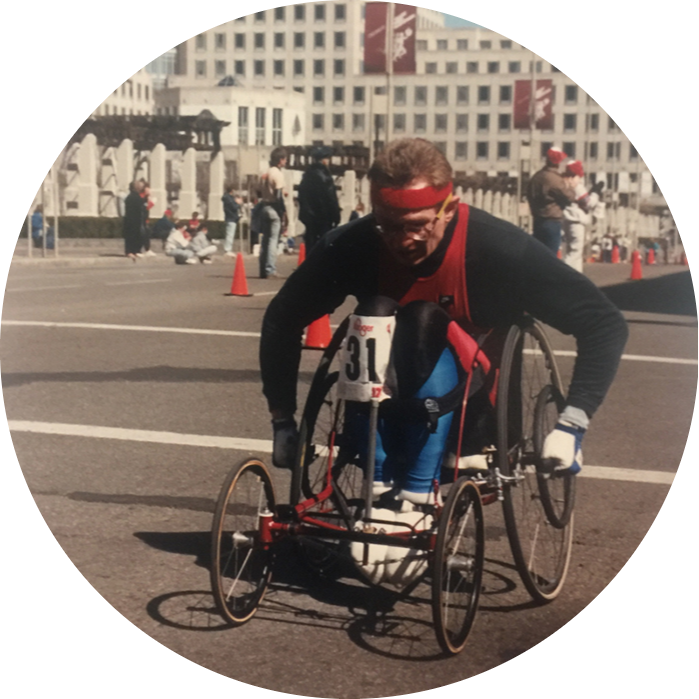 But perhaps most notably, Marc is known throughout the P&G world as an outspoken advocate and champion for the company’s employees with disabilities. His work as a member of P&G’s People with Disabilities (PwD) affinity network focuses on making accessibility a top priority. “I’m most proud of my work leading the efforts with PwD in helping P&G move from ensuring our facilities are accessible to incorporating Universal/Inclusive Design in our workplace design standards.”

Reflecting on his 30-year anniversary with P&G, Marc marvels at the diversity of roles he’s had. “I have done things that never in my wildest dreams I thought I’d be doing—sometimes asking myself, ‘Was I trained in how to do this?’” he laughs.

Marc says he doesn’t think much about his initial pursuit of dentistry, a passion that spurred him forward but never came to fruition. However, he believes that his achievements in sports, and the results of his advocacy for people with disabilities at P&G, are successes that would not have been possible without the challenges he’s had to face along the way.

*“There’s a quote by an author named Joshua Marine, which I found a number of years ago, that has always resonated with me: *‘Challenges are what make life interesting; overcoming them is what makes life meaningful.’” 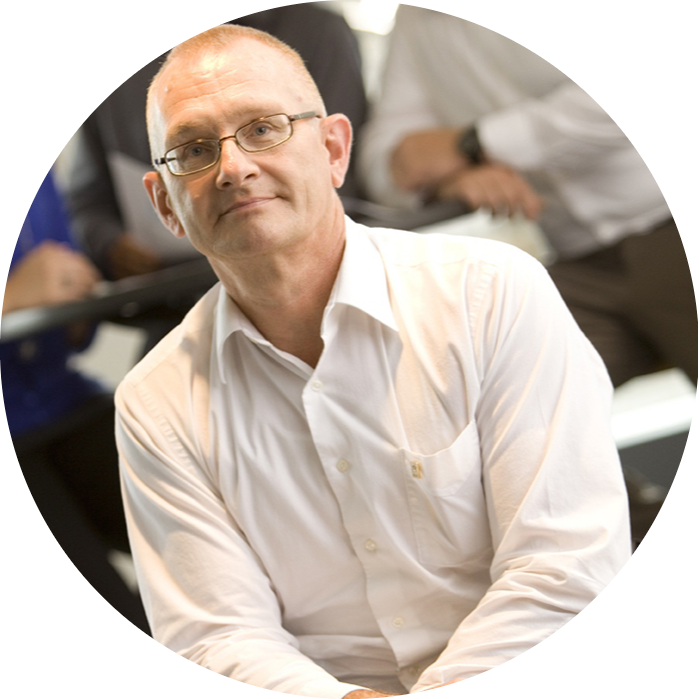