Every Month is Pride Month

At P&G, Pride is much more than just a month-long celebration. For decades, our commitment to diversity and inclusion has been unwavering. We strongly believe in creating a more inclusive world for all people—including the LGBT+ (Lesbian, Gay, Bisexual and Transgender) community—where everyone is valued and celebrated for their contributions as individuals.

Our work to support the LGBT+ community began more than 25 years ago, thanks to the courageous efforts of a small group of P&G employees, including gay rights activist Michael Chanak. Because of their activism, P&G become one of the first Fortune 500 companies to add sexual orientation to our equal employment opportunity statement of diversity in 1992.

The contributions of these individuals also helped launch GABLE, P&G’s Affinity Group that represents an inclusive spectrum of Lesbian, Gay, Bisexual, Transgender and Ally employees. Since 1994, the group has expanded to represent 38 countries.

As part of P&G’s continuing efforts to highlight bias and drive a meaningful discussion, P&G partnered with CNN’s Great Big Story to release “The Words Matter,” a film that highlights P&G’s internal journey for LGBT+ inclusion and Chanak’s mission to ultimately change the way P&G and companies across the nation thought about diversity.

Promoting LGBT+ inclusion at P&G is a journey that continues to evolve. “The Words Matter” joins other P&G campaigns that bring attention to LGBT+ inclusion, including “Love Over Bias,” Secret’s “Ladies Room,” Head & Shoulders’ “Shoulders of Greatness“ and Vicks’ “Touch of Care.”

P&G is also one of 12 founding members of the Human Rights Campaign, the first global coalition committed to fostering LGBT+ equality in the workplace throughout the world, and a founding partner in Stonewall’s Global LGBT+ Diversity Champions effort.

P&G’s “Love Over Bias” campaign, which launched at the 2018 Olympic Winter Games, hopes to bring people together to have an honest dialogue about biases that limit human potential and help them see beyond the things that divide us to see the things we all have in common.

To further discuss how this campaign helped break barriers and fueled a conversation about bias, P&G hosted a conversation with Gus Kenworthy, a U.S. Olympic Freestyle Skier, at our Headquarters in Cincinnati on Monday, June 4.

“The ‘Shoulders of Greatness’ campaign encourages you to live life as your authentic self,” said Chief Brand Officer Marc Pritchard during his introduction of Kenworthy, further highlighting P&G’s overall commitment to using its reach to tackle bias.

In his one-on-one discussion with Brent Miller, Associate Director of Global Beauty Communications (pictured below, right), Kenworthy (pictured below, left) reflected on his Olympic journey as one of the first openly gay men to compete on Team USA at the Winter Games, noting that it was all possible thanks to the generations of LGBT+ men and women who have stood up before him. Kenworthy hopes the younger generations who saw him at the Olympics take away that same empowerment and know the sky is the limit for what they can achieve. 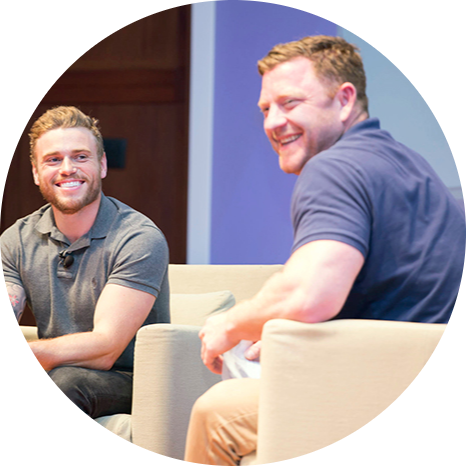 As Pride Month continues, P&G will be an active participant in 35 Pride celebrations on five continents,and will participate in a number of internal and external events throughout the month to further share our inclusion journey and to celebrate the unique diversity and talent of our LGBT+ employees and their allies.

Throughout our journey, P&G has not gotten everything right. But the lessons we learned have helped us on our journey to make things better. It is more important than ever for companies to create a culture where all people are welcome, and we hope that by sharing our journey, we can inspire others to engage in conversations and help build a more inclusive world for all. 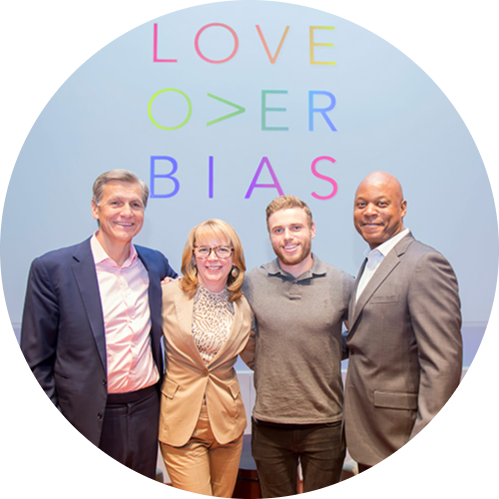