Shantel McLellan—a Technician at our plant in Lima, Ohio—spontaneously decided to take a different route home after picking up her daughters one day last Fall. Little did she know that such a mundane decision would lead to such a profound moment in her life.

As Shantel crossed this bridge over the Ottawa River, her daughter exclaimed, “Mom, is he about to jump?” Turning her head in the direction her daughter was looking, she could see the outline of a man, standing alone on the railing of the bridge, overlooking water that couldn’t have been more than eight feet deep. 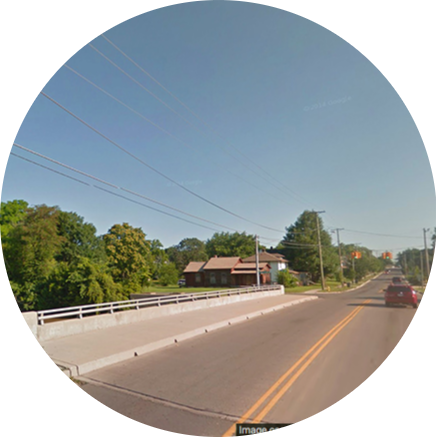 Shantel rolled down her window and called out, “Hey, do you need any help?” as she slowly passed by where he was standing.

She pulled over just past the bridge, close enough where her daughters could see what was going on, and sprinted over to the man. When she reached his side he was stoic, frozen in place, staring into the distance.

“You need to come down from there,” she said. “Whatever you’re going through, it’s not worth this. I have my kids in the car…” her voice trailed off. “Will any of this help him?” she thought as she made every effort to distract and deescalate the situation.

She continued to stall by sharing bits of her story, hoping the police were on their way. Eventually, two officers pulled up and carefully approached the man, who remained motionless and unresponsive. A policewoman grabbed onto the man’s backpack and pulled him down to safety.

As he sat down there along the side of the road, Shantel instinctively sat down beside him and asked, “Do you have any kids?”

That’s when he spoke for the first time. “A daughter.”

Shantel talked, sharing how her situation had seemed so bleak that at times she thought she might be the person on the bridge. When an officer offered him a cigarette, he seemed to finally come to his senses. “What’s going on?!” he cried.

Eventually, the police took him to be treated. Shantel got back in her car, and drove home.

Looking back on that day, Shantel doesn’t think her actions were all that remarkable, because she was simply doing what she had felt called to do. However, she remembers with sad disbelief that no one had stopped to help while she was standing with the man on the bridge.

“I hope that those who hear my story won’t just pass on by.” The simplest gesture, she now knows well, can save someone’s life.

On December 4, 2017, Shantel humbly stood alongside the responding officers to receive a City of Lima Commendation - Life Saving Award and a City of Lima Police Challenge Coin. 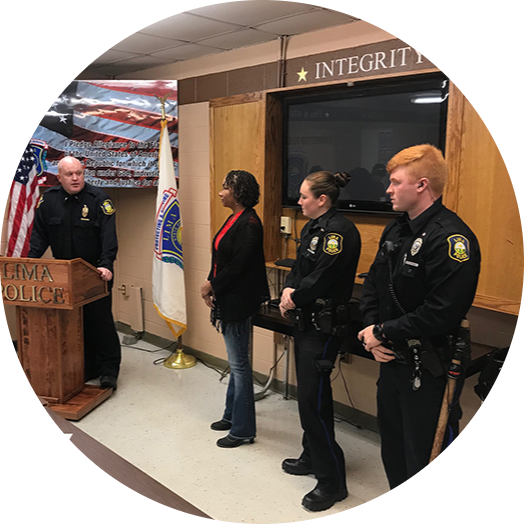 They thanked her and said, “Given the state the man was in, if you hadn’t stopped and talked to him, he would have jumped.”

As Shantel stood before members of her family, her community and her P&G colleagues that day (including Elia, pictured below), her daughters beamed with pride as they watched her being recognized for who they know her to be: selfless and compassionate. The Lima Plant, where she has worked for twelve years, celebrated her bravery on-site by sharing news of her award. 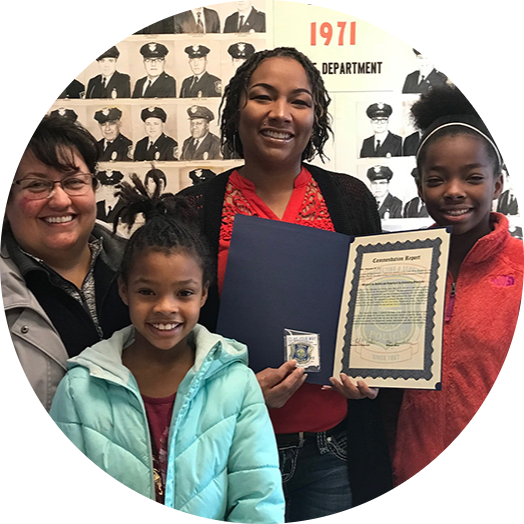 As she looks back on that evening, Shantel is relieved the story didn’t have a different, disastrous ending. She still insists that her actions did not merit commendation, but sees it as a teaching experience for her girls.

“This was a lesson to show them that this is how we are blessed … giving blessings to others by helping them.”

It’s a lesson we can all share—and a reminder that P&G employees are the best part of our business. At our core, we strive to always do the right thing – both professionally and personally.

Thank you, Shantel, for answering the call to turn around and go back.