Ahead of International Women's Day on March 8, P&G and Seneca Women co-hosted special event about Gender Equality featuring a discussion with Katie Couric

Today, P&G partnered with Seneca Women, a global women’s leadership community, to host a #WeSeeEqual Forum at P&G Headquarters in Cincinnati. In honor of Women’s History Month and International Women’s Day (March 8), the event highlighted how businesses, organizations and communities can work together to create a more gender-equal world. MULTIMEDIA ASSETS 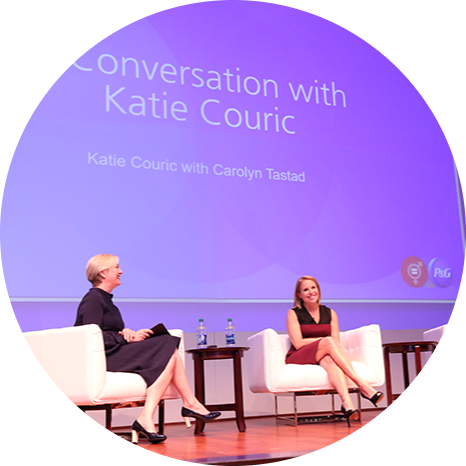 Today’s event opened with a discussion between award-winning journalist Katie Couric and P&G North America Group President Carolyn Tastad. This was followed by conversations with P&G executives, employees, business partners, and organizations who are working together to dispel the myths that hold women back from being fully represented in the workplace and in the world. 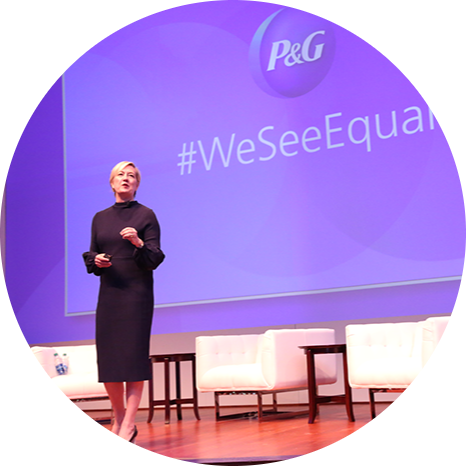 In her opening remarks, Tastad said, “P&G aspires to build a better world for everyone – a world free from gender bias, with equal voice and equal representation for men and women – a world where everyone sees equal. We know that when we do this, communities are healthier, businesses thrive, and the world is a better place for everyone.”

More than 700 people attended the live event, which also featured “Women at Work: Myth vs Reality,” an interactive exhibit created by Seneca Women and P&G which seeks to expose the myths holding women back and change the reality for women in the workplace. 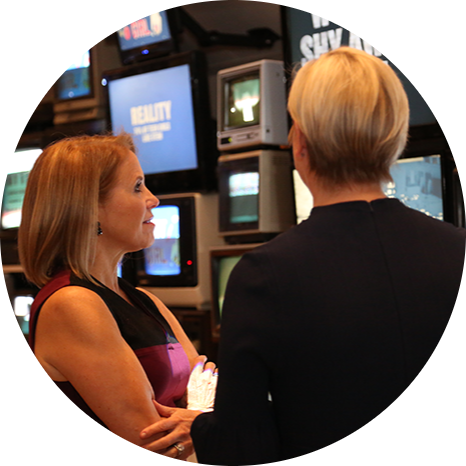 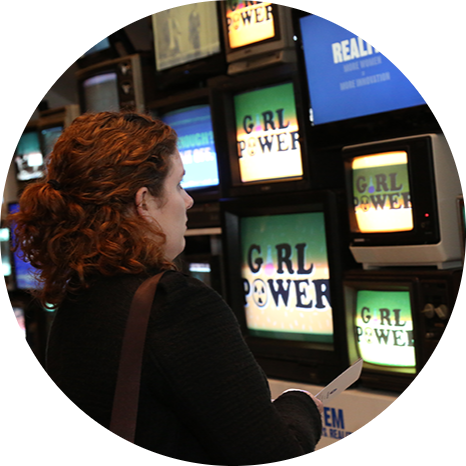 An event attendee reviews the Women at Work: Myth vs. Reality Interactive Exhibit. 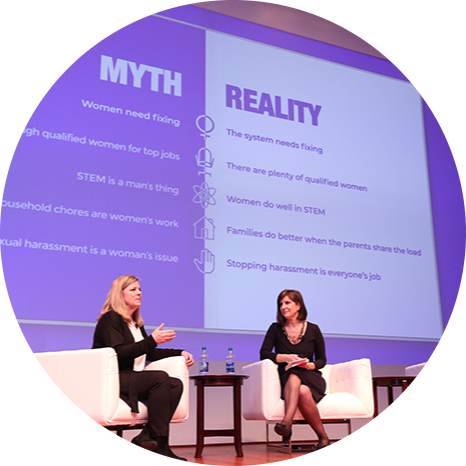 Deanna Bass, P&G Director of Global Diversity and Inclusion, and Kim Azzarelli, co-founder of Seneca Women, discuss the myths holding women back in the workplace. 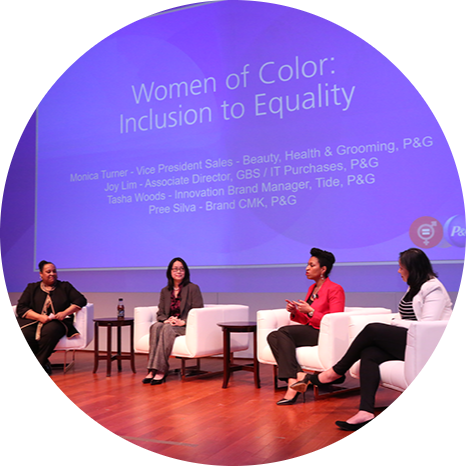 Monica Turner, Joy Lim, Latasha Woods and Pree Silva of P&G have a meaningful conversation about women of color in the workplace. 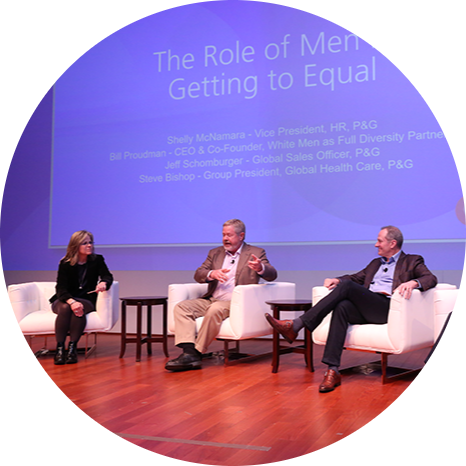 Shelly McNamara moderates a discussion with Bill Proudman, CEO and Co-Founder of White Men as Full Diversity Partners, and Jeffrey Schomburger and Steven Bishop of P&G about the important role men play in creating a more equal world. 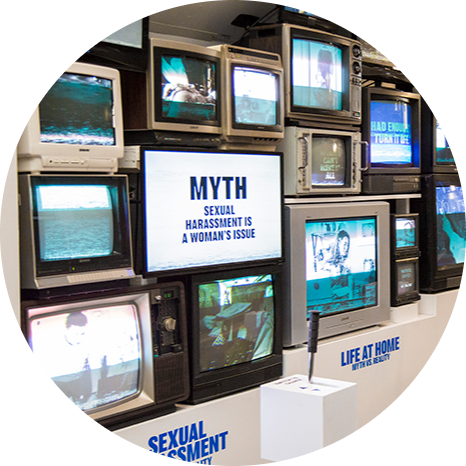 An interactive exhibit, co-hosted by P&G and Seneca Women, identifies the new myths that are holding women back at work and offers solutions for changing the narrative and creating a more gender-equal workplace. The exhibit, previously displayed at the World Economic Forum’s annual meeting in January, will be on display at P&G headquarters through International Women’s Day, March 8, 2018.