Despite tough competition from more than 1200 other participating companies, P&G has ranked in DiversityInc's Top 10 Companies for Diversity for the third consecutive year—coming in at #7 overall.

DiversityInc is considered the gold standard in the U.S. for ranking companies for diversity based on four areas: 1) talent pipeline, 2) equitable talent development, 3) CEO and leadership committment and 4) supplier diversity.

We're honored to again be ranked as a leading company with top peers, and across a wide range of industries including consulting, retail, manufacturing and banking.

Luke Visconti, CEO of DiversityInc, said, "What propels [P&G] to the top are accountability measures that result in an increasingly diverse workforce and management."

Beyond the Top 50 list, P&G holds top spots in other 2014 DiversityInc rankings including:

AAPD Honors Duracell and P&G for “Trust Your Power”

Volker Kuhn, Duracell North America Vice President, accepted the honor on behalf of P&G, along with our People with Disabilities group and Duracell employees. 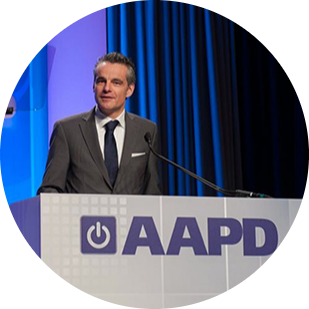 In his acceptance remarks, Volker noted the brand’s desire to tell Derrick’s story “to show how power—when used for good—can inspire and move the world forward.”

The “Trust Your Power” ad has received over 22 million YouTube views to date, and generated over 3 billion media impressions.

Based in Washington, D.C. and founded in 1995, AAPD is the nation’s largest cross-disability membership organization, and is the key voice in influencing the legislative and regulatory process to advance the rights of the disabled.