April 10 is Equal Pay Day in the U.S., which marks how far women had to work into 2018 to catch up with what men earned in 2017 alone. Women on average are paid 20% less than men—and Black women and Latinas are paid even less.

This is not the case at P&G. An audit we conducted in 2017 revealed no appreciable pay gap between female and male employees with similar roles and performance. Further, we did not find any appreciable pay differences related to ethnicity.

To raise awareness of the gender pay gap and its negative effect on women and families, we are partnering with Lean In to launch #20PercentCounts.

Through our brands, and as a Company, P&G aspires to help build a world free from gender bias. We know that when women have the opportunity for full and equal representation that businesses perform better, economies thrive, communities are healthier, and the world is a better place—for all of us.

That’s the foundational belief behind P&G’s focus on Gender Equality, and it’s also why P&G is supporting LeanIn.Org’s #20PercentCounts campaign again this year.

"We’re proud to support Lean In’s efforts to raise awareness about the pay gap between men and women, and to highlight the unfairness of this gap," said Carolyn Tastad, Group President, North America & Executive Sponsor for P&G’s Gender Equality efforts. "At P&G, fair pay practices and an equitable workplace are core company beliefs and essential to our long-term success."

Check out the campaign website, leanin.org/equalpay, where you will be able to show your support for #20PercentCounts, watch Lean In’s equal pay videos, and see the gender pay gap “by the numbers” on an interactive data page. 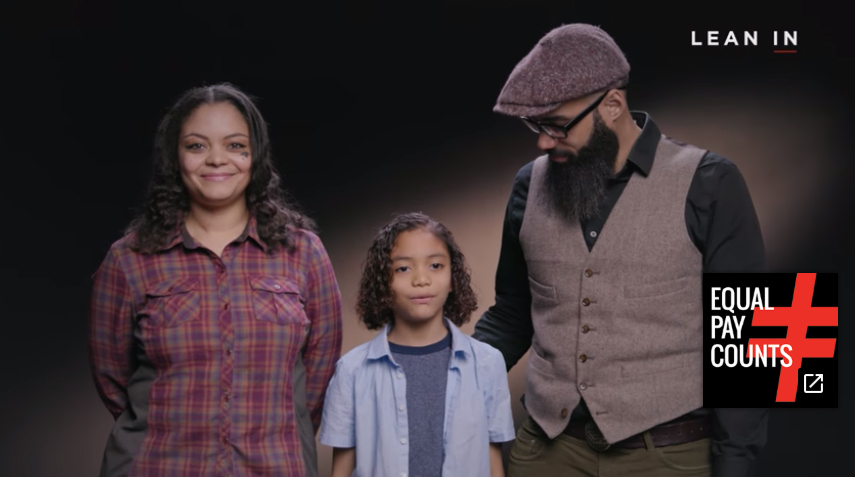