Eyes on the Consumer, Hands on the Keyboard 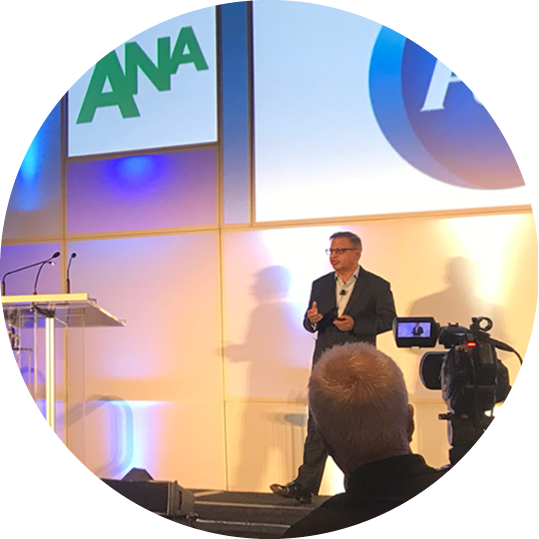 Ask any parent of a new college student, and they will tell you all about the seismic shift that’s happening in academia to prepare students for their digital destiny. Take Kirti Singh, who is P&G’s Chief Analytics & Insights Officer.

[My son] was handed an iPad by the university’s orientation organizers and asked, ‘Do you know how to code?’ As the orientation unfolded, there was one clear thematic element: In order to thrive in 2018 and beyond, no matter what field, all hands need to be on the keyboard. It was comforting to know America’s universities are also looking around the corner.

He went on to explain how P&G is also an active participant in that same seismic shift. Like academia, we’re “looking around the corner” to create the next S curve for analytics & insights and find faster, better, cheaper ways to reach the 5 billion people we serve around the world with our portfolio of trusted, superior brands.

We’re doing that in two distinct yet tightly-integrated ways: “Eyes on the consumer, Hands on the keyboard.”

Here are some highlights from Kirti’s keynote by that same title, which he delivered at the 2018 ANA Data & Measurement Conference on September 13th:

Eyes on the consumer is not new to P&G, but rather a new way of singing the same song. P&G’s eyes have always been on the consumer. We developed the concept of market research in 1924, which consisted of knocking on doors to ask and observe how housewives used Ivory. As time went on, the knowledge gained from those visits—and the evolution of those methods—became integral to nearly every decision the company made.

We have embraced new ways to get close to consumers and do more ourselves. We’re innovating and experimenting, using today’s next-gen technology, Big Data, and the nuances of Behavioral Sciences to better understand our consumers’ behaviors, and the contexts that shape them. Two examples of innovations that emerged from ethnographic studies with consumers are Secret Freshies, recently launched in the U.S., and Japan’s Bold 3 Chamber pods for laundry.

Hands on the keyboard marks the Company’s return to a more DIY approach to analyzing data—with an experimental and personally-invested mindset—rather than relying on what has become an over-complicated insight supply chain.

We have made a radical departure from the days of direct contact with consumers, often relying on intermediaries to relay insights to us. We still need partners, but what we need from them is different today. By putting our hands on the keyboard and conducting research among Moms and Dads inside and outside the company, we are able to cut the time from idea to market launch in half (as was the case with the recently-launched Pampers Pure line).

Eyes on the consumer, hands on the keyboard is somewhat of a return to our roots. But at the same time, it’s a major step forward in the way we’re transforming the role that data & analytics play in our how we connect with consumers, immerse ourselves in the data and make real-time decisions. We believe it will result in superior products that delight our consumers.

And we win when the consumer wins.